Ruter's most important climate and environmental goals are to reduce the use of private cars. Emission Free by 2028 is Ruter's goal of a fully electric public transport fleet by 2028.

28 June 2020 was the start date for new bus contracts in Asker, Bærum and Vestre Aker.

In connection with the start-up of the new contracts, a new charging infrastructure was established at the bus facilities in Slemmestad and at Furubakken at Bekkestua. The facilitation of electrical infrastructures is an investment in the future operation of a large number of electric buses. In connection with the new bus contracts, the remaining buses at the facility at Furubakken and the other bus facilities in Bærum will be electric by 2025.

In 2020, a new contract was signed for bus services in Oslo south with a 96% electric bus fleet. 109 new electric buses will be put into operation on lines in Oslo and Nordre Follo from the bus facility at Rosenholm. The new contract starts in January 2022.

Ruter’s test project for hydrogen buses was completed in October of 2020. The five hydrogen-electric buses associated with the project have operated on scheduled services between Nordre Follo and Oslo since 2012. The buses have filled hydrogen from a separate hydrogen station at the bus facility at Rosenholm. The hydrogen gas was produced with renewable electricity from water in an electrolysis plant connected to the station. 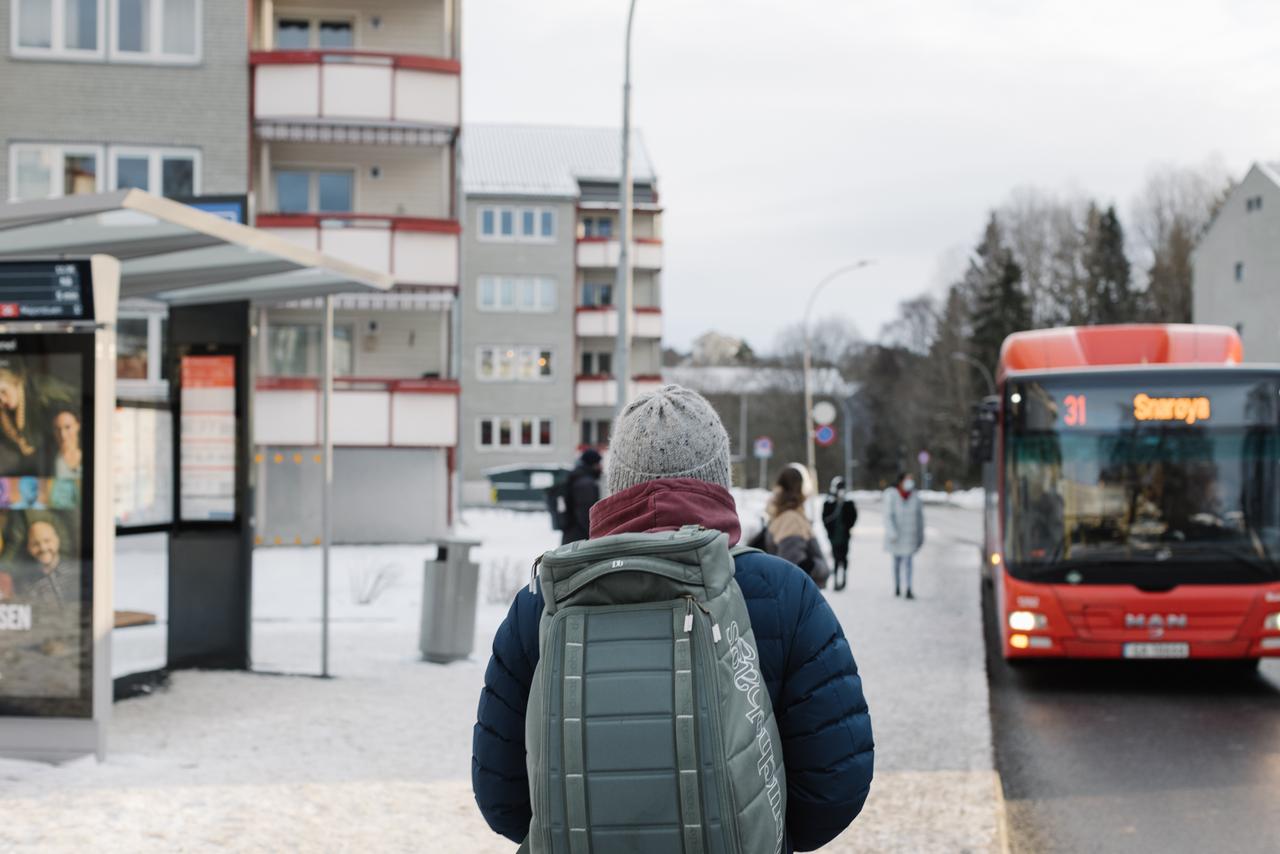 During the summer and autumn of 2019, and the winter of 2020, the three Nesodden ferries M/S Kongen, M/S Dronningen and M/S Prinsen were converted to electric operation one by one. All the ferries were electrified by April 2020, and the boat connection from Nesodden to Aker Brygge became fully electric for the first time.

The ferries charge at a charging plug with a capacity of 4 MW at Aker Brygge. The power will be supplied from a substation that was established at an existing historical building at Rådhusbrygge 4 in 2019. This substation will also supply power to the new electric island boats, in addition to being a charging infrastructure for future electric speedboats.

In April 2020, the boat connection Nesodden-Aker Brygge was fully electric for the first time.

Construction of the electric island boats is underway and ready for operation by the start of a new contract on 1 November 2021. A feasibility study shows that the speedboats can run emission-free after the contract with the current operator expires in 2024.

Ruter has been working to reach the goal of Fossil Free 2020 since 2015: To only use renewable energy on means of transport by 2020, i.e. electrification, biogas and liquid biodiesel. Ruter has set a requirement for 100% fossil-free fuel in its contracts. At the turn of the year 2020/2021, Ruter was negotiating changes to agreements for the transition to fossil-free fuel with operators for existing bus and boat contracts to ensure fossil-free operations as of 2021 and onwards. In 2020, Ruter had 165 biogas buses, 156 battery-electric buses in normal operation; the rest of a total bus fleet of just over 1600 buses are diesel-powered.

The implementation of Fossil Free 2020 has become far more expensive than expected. The reason is the introduction of excise duties for all liquid biofuels starting on 1 July 2020. At the same time, the framework conditions for the sale of liquid biofuels means that Ruter’s requirement for 100 percent biofuel does not affect the total amount of biofuels sold in Norway. This is because those who sell fuel are required to sell a certain quota of biodiesel, which they are free to either sell to operators such as Ruter, who demand pure biodiesel, or mix it into fossil fuels.

Ruter has requested pure biodiesel as a contribution to reducing greenhouse gas emissions from road traffic. With the current framework conditions for biodiesel sales, this measure has become a very expensive measure without having a real effect on climate. Ruter therefore wants a solution that would take public transport out of the duties scheme and turnover requirements.

* Ruter has changed the calculation of market shares due to the corona pandemic. Now, only the result from the current year is used to calculate market share.

Greenhouse gas emissions in tons of CO2 from buses and boats

* Nesodden connection and the speedboats

Nitric oxide (NOx) emissions have a negative effect on local air quality. NOx is a chemical compound of oxygen and nitrogen that is toxic to humans, even at low concentrations. NOx is produced by combustion at high temperatures, such as internal combustion engines. NOx is therefore formed by both fossil and renewable fuels, and for both gas and liquid fuels. How much NOx is emitted while driving is determined by the bus’s treatment technology. The treatment technologies are described as Euroclass, where Euroclass VI is the best. It has about 30 times lower NOx emissions than the previous generation of buses.

* New calculation methods starting in 2019** Missing numbers for the island boats, which will be electric and without NOx emissions as of autumn of 2021

* New calculation methods starting in 2019 ** Nesodden connection and the speedboats

Particulate matter (or particles) is often referred to as PM (particulate matter), followed by a number indicating the size of the particles in micrometers. Regardless of size, airborne dust poses a health risk. Router emissions of PM2.5 from exhaust will be completely removed when a vehicle becomes electric. The new treatment technology introduced in new buses with Euroclass VI significantly reduces PM emissions. 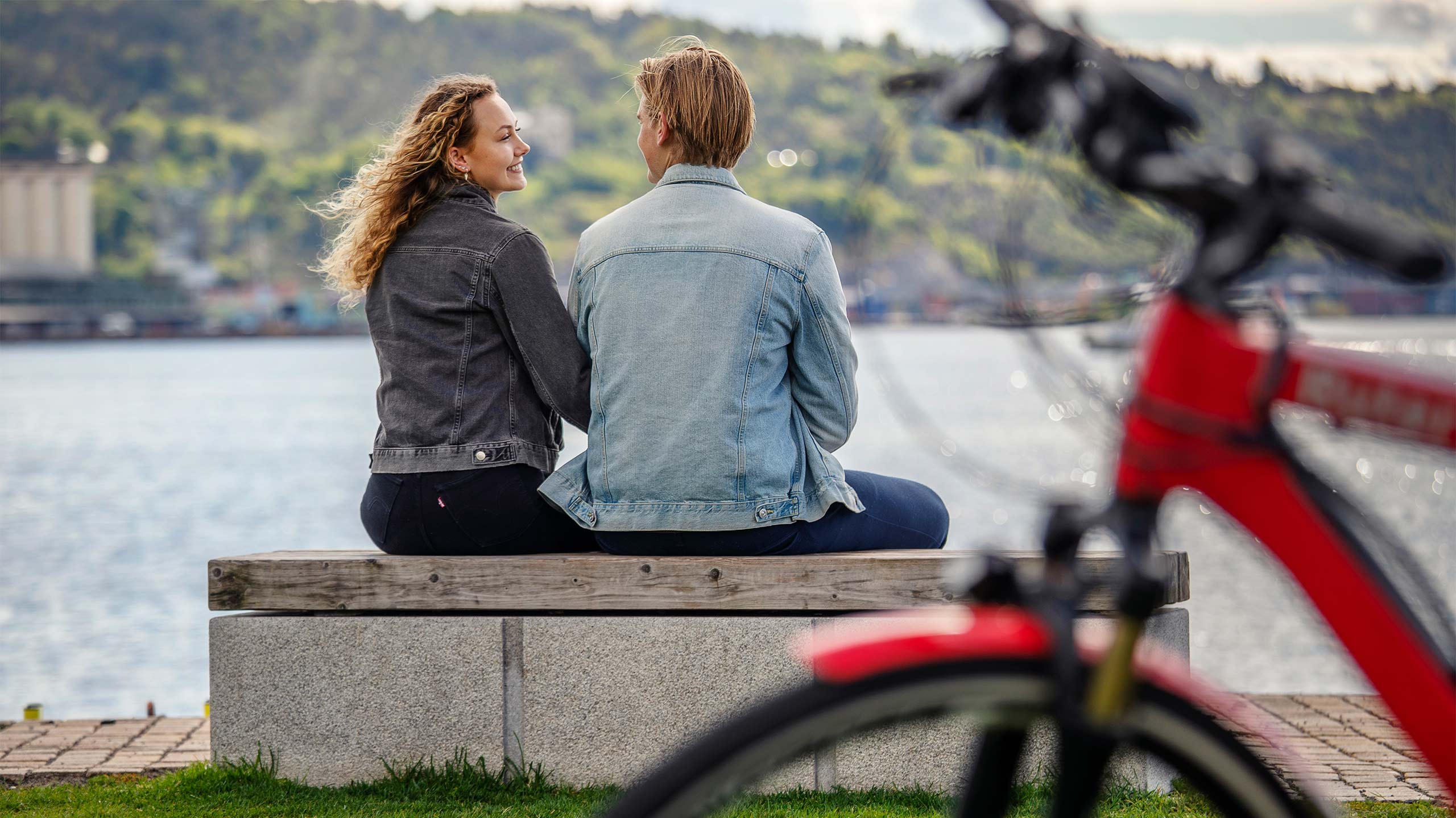 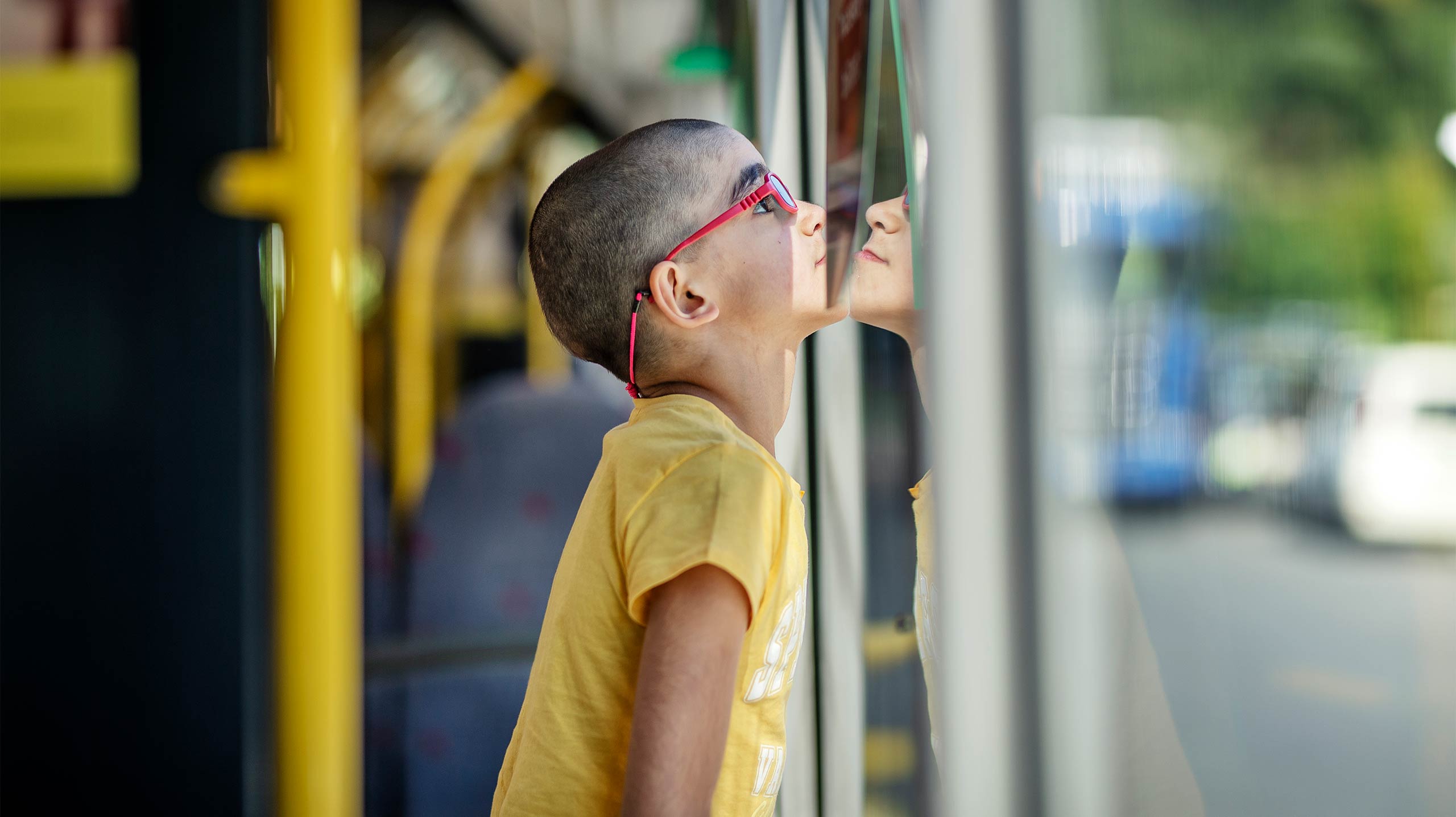